OFFF is the annual festival celebrating the close relationship between contemporary art, creative thought and digital technology. OFFF has become a famous breeding ground for pioneering artists who are crossing genres and inventing the future of the creative process. Deskey was an OFFF Cincinnati partner again this year. And once again, I was lucky enough to get to go over to the Aronoff Center to check out OFFF Cincinnati 2015. Unfortunately, this morning I missed B-Reel, Lo Siento, Field and Moment Factory. But I still got to see most of the afternoon sessions. Deskey made a bunch of really cool OFFF buttons. But by the time I got to the Aronoff, there were only just a couple left... 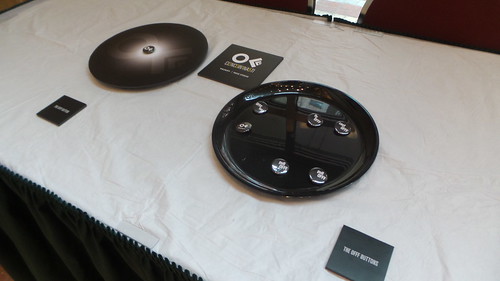 And everyone in attendance received one of these incredible books authored by OFFF founder Hector Ayuso about the Spanish Postdigital Creation Culture... 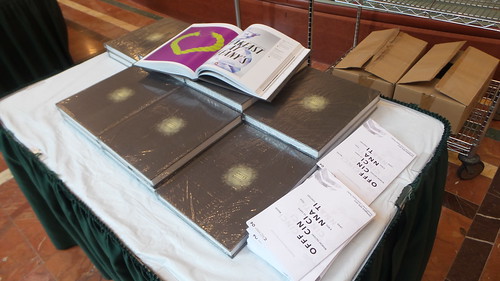 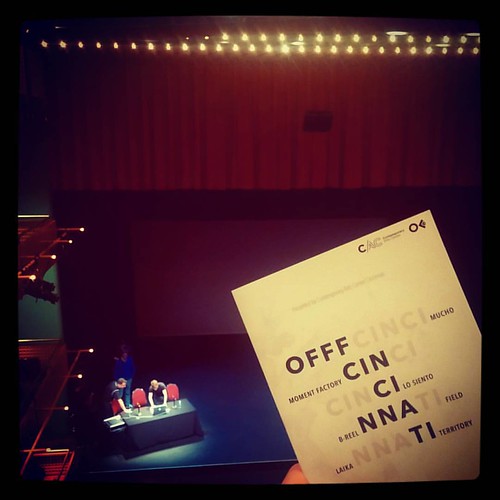 I got to see the presentation by a visual communications studio called Mucho... 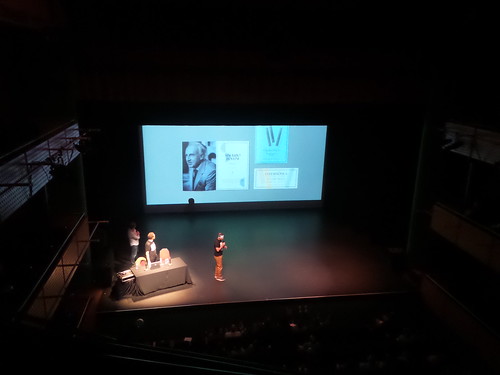 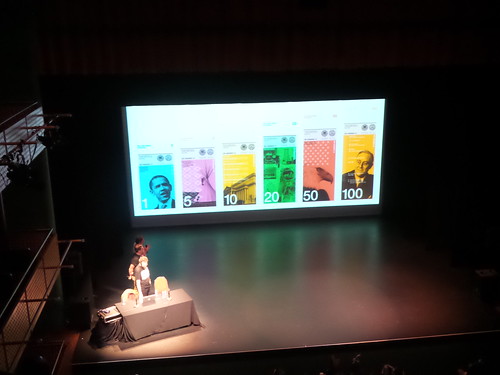 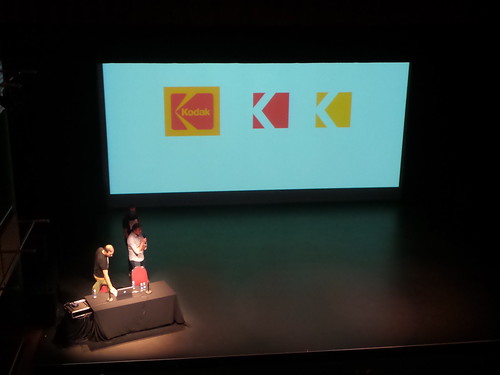 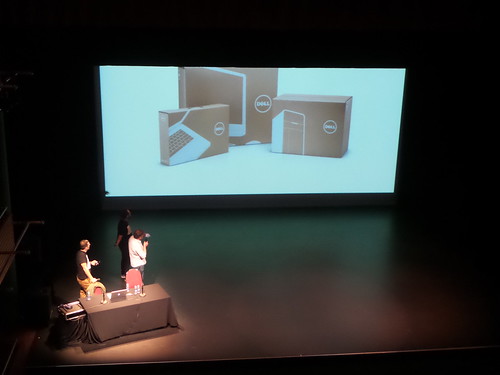 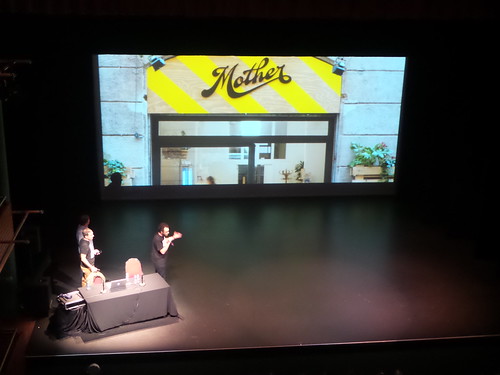 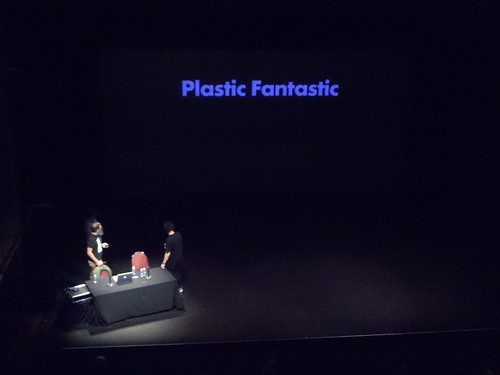 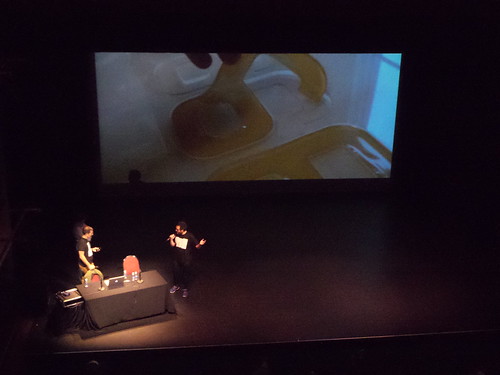 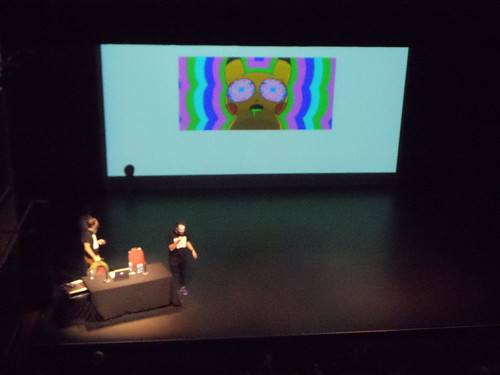 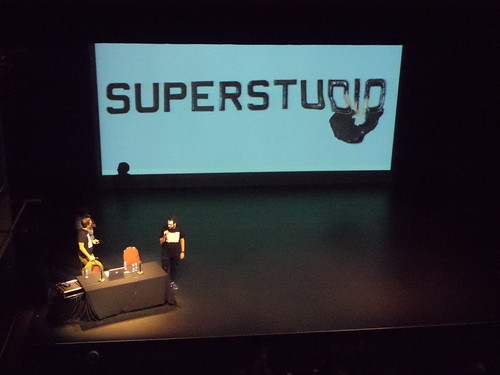 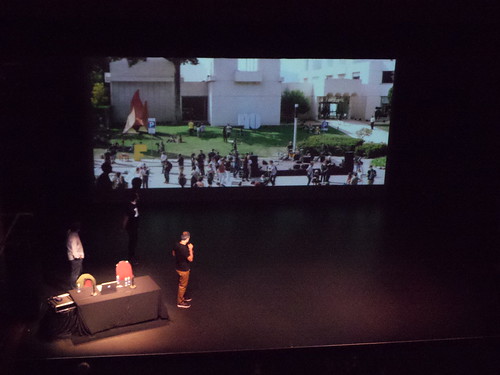 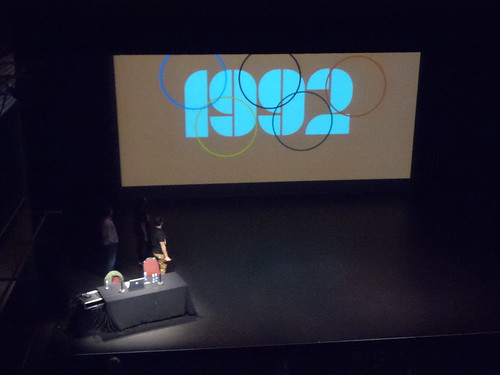 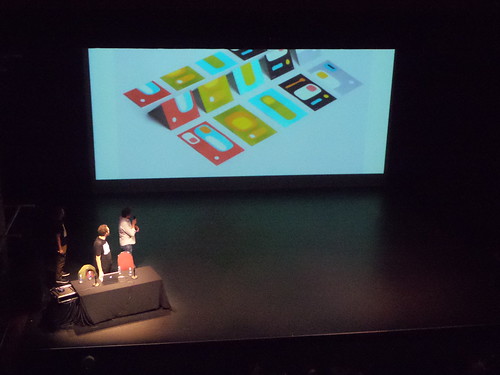 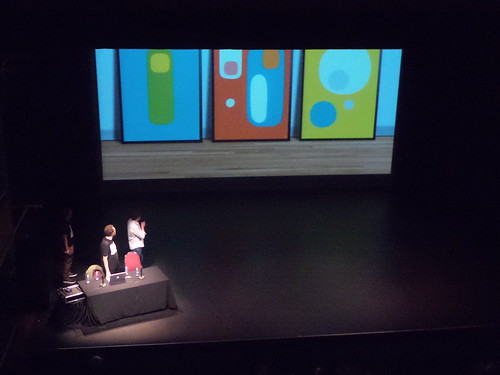 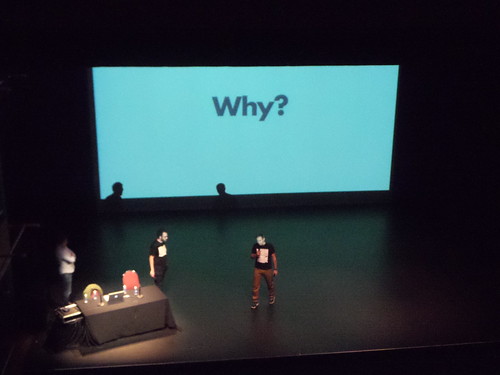 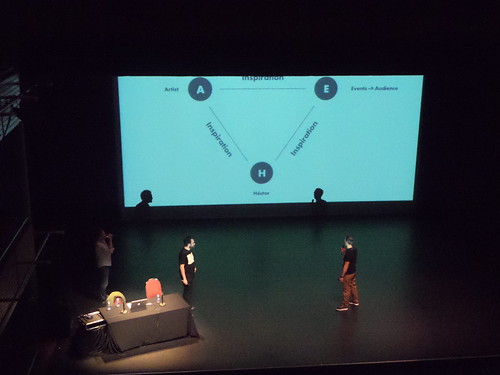 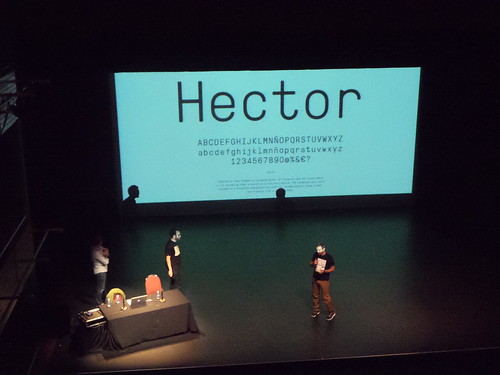 Really great work from Mucho! Next up was a presentation from Territory Studio, an independent, creative agency in London... 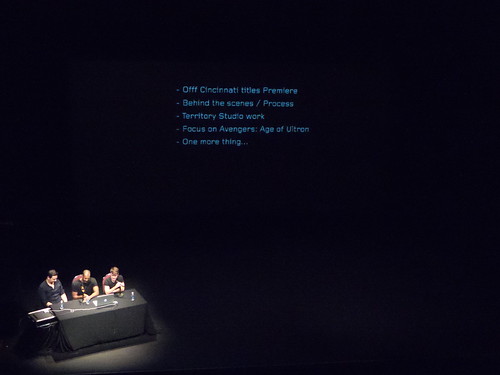 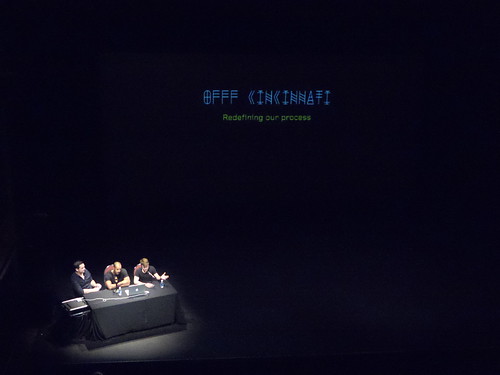 Here's a better view where you can actually see the ridiculous amount of detail...

Territory did all the UI screen graphics for movies like Marvel's Avengers: Age of Ultron and Guardians of the Galaxy. Really cool stuff! 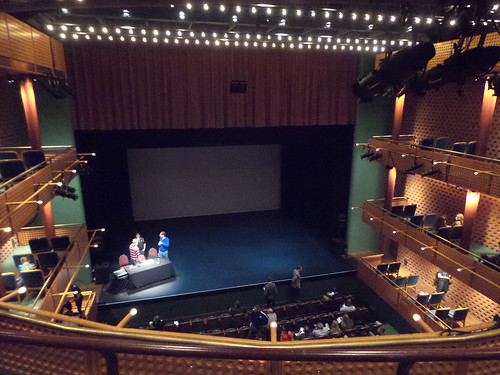 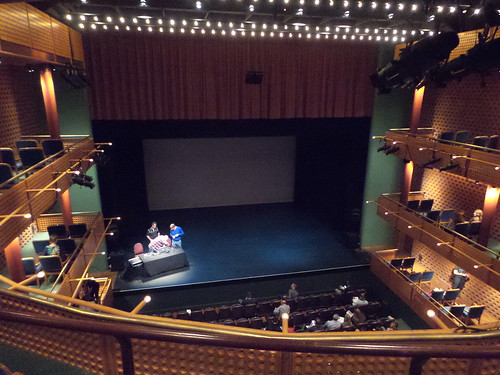 Last but not least was a presentation from Laika. Laika was the creative force behind computer generated, stop-motion and cel animated films such as Caroline, Paranorman and The Boxtrolls... 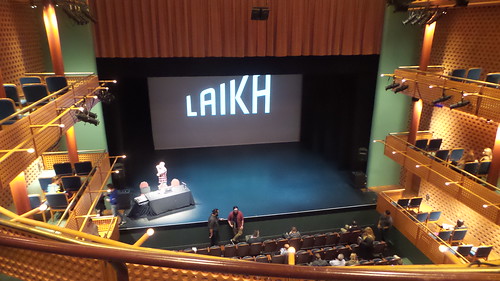 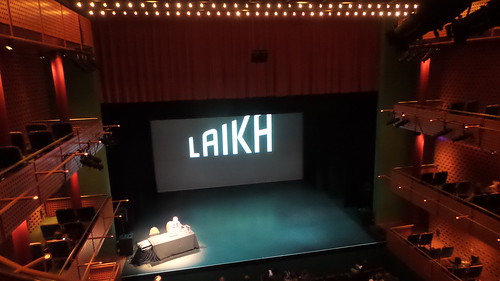 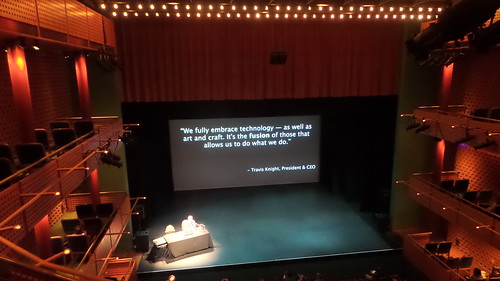 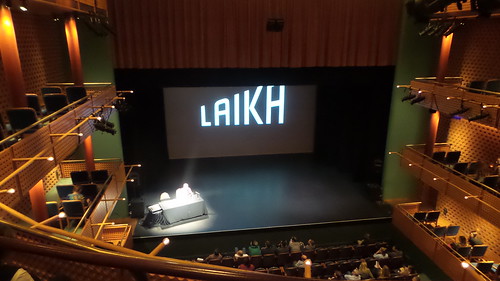 I always leave feeling very inspired and creatively recharged after all the incredible presentations at OFFF Cincinnati! :)
Posted by thadd_F at 9/30/2015