Back again. Reds game number 15 of the season. Reds versus Padres again. Hopefully, the Reds would do better than they did against the Padres last night... 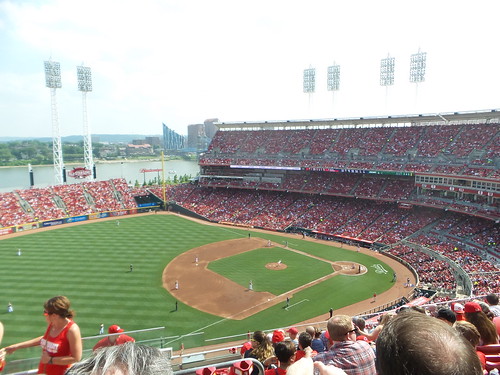 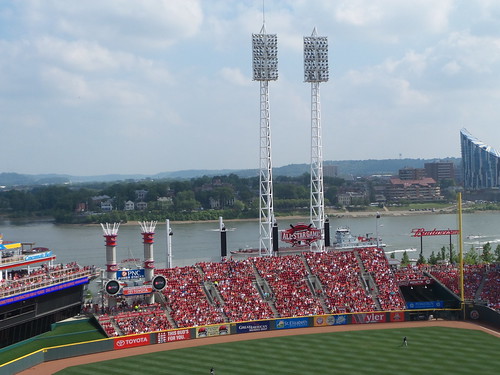 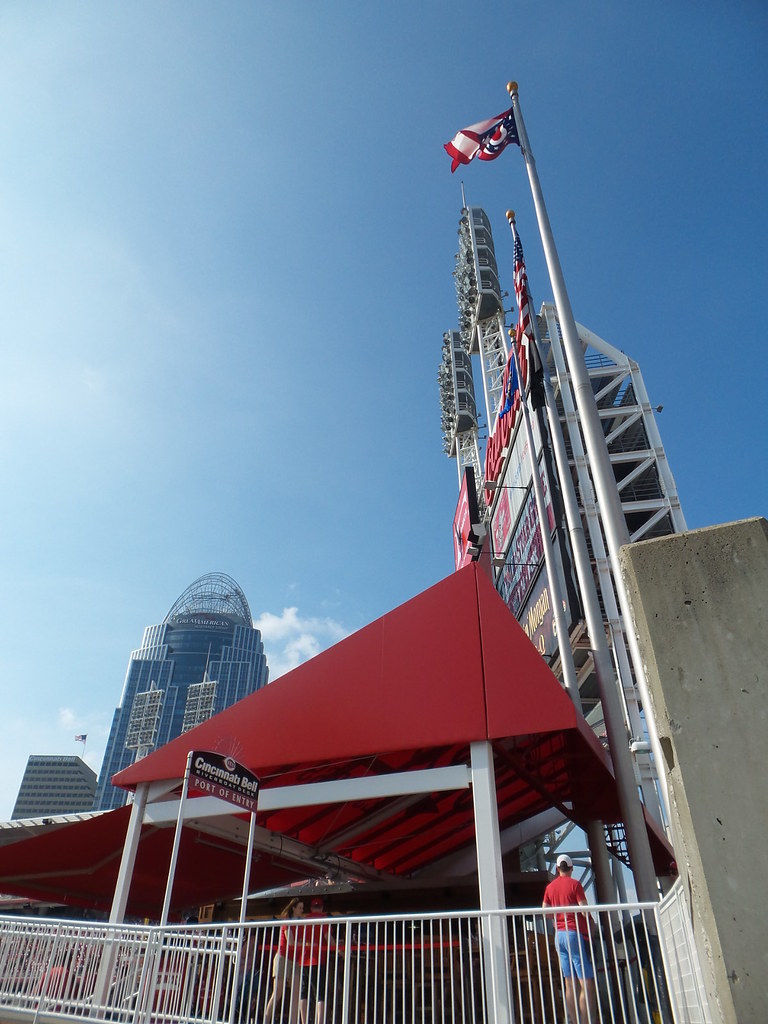 The Scripps Builiding was in the process of being turned into Mr. Redlegs... 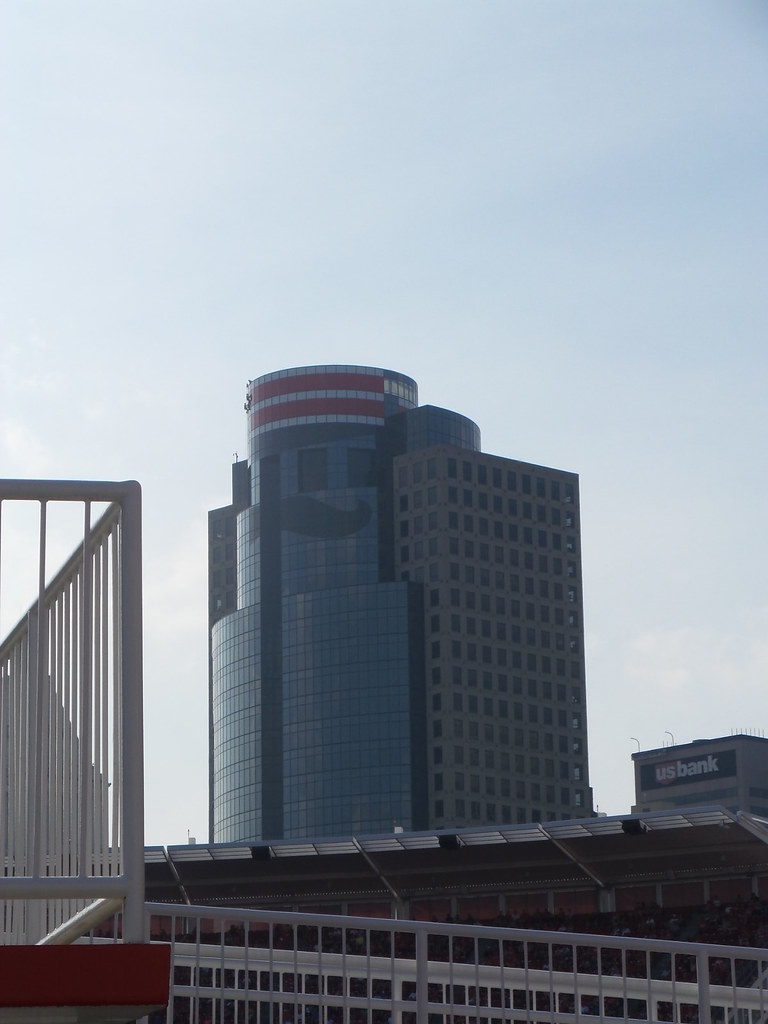 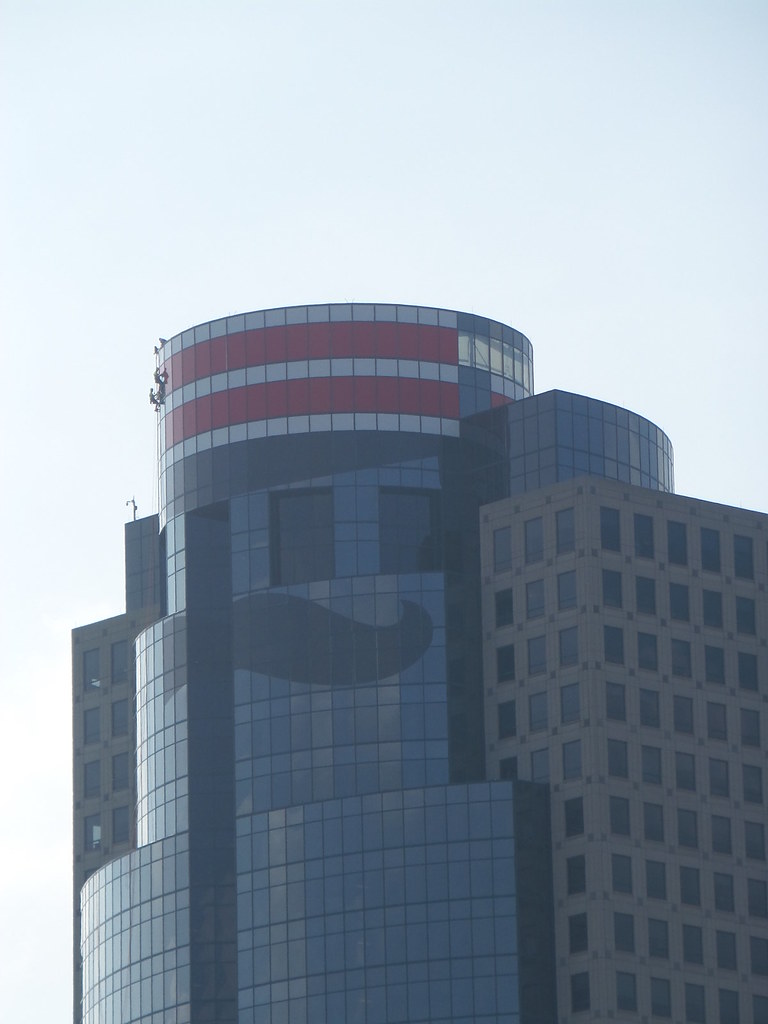 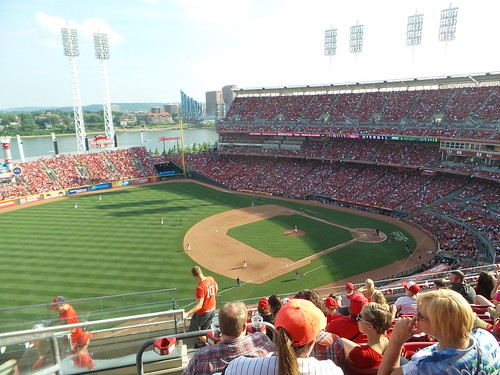 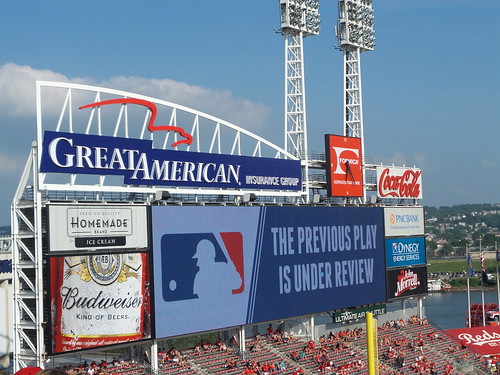 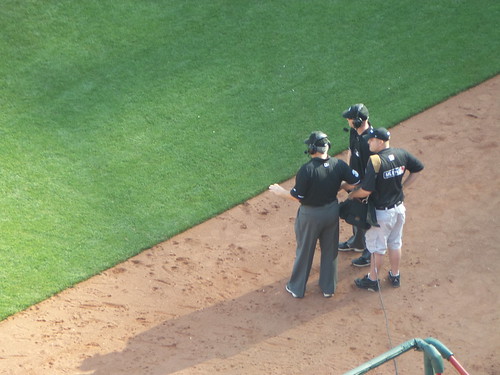 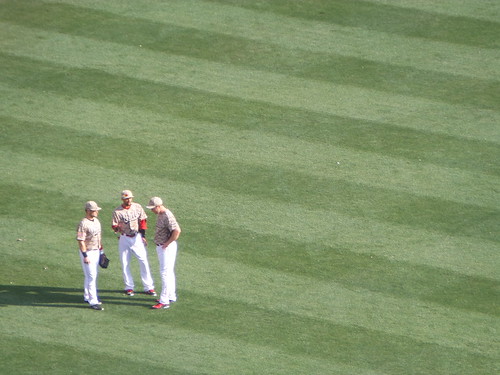 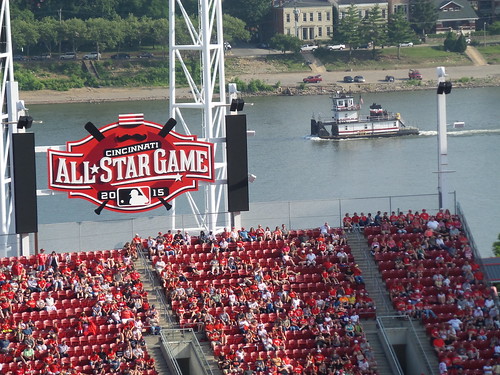 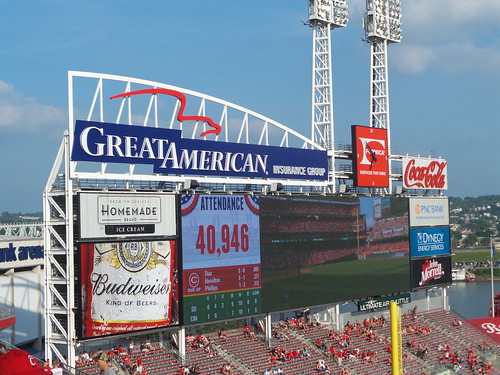 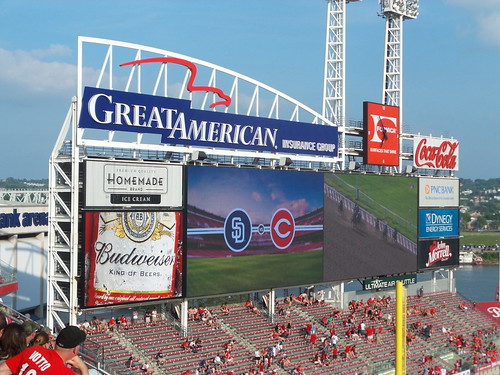 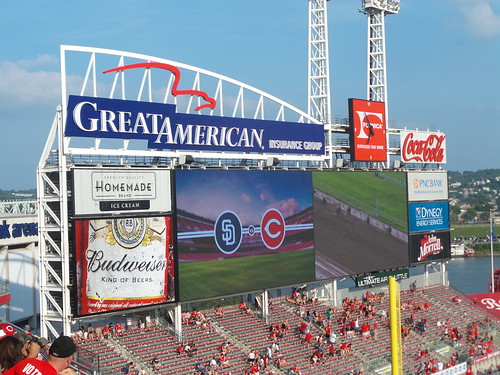 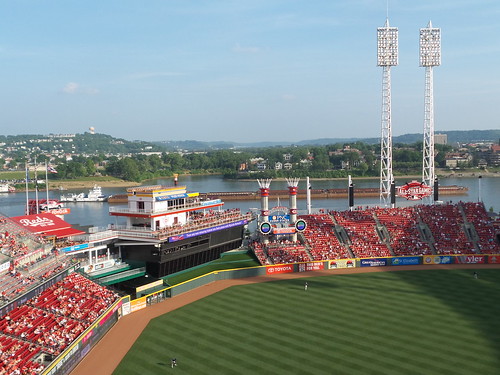 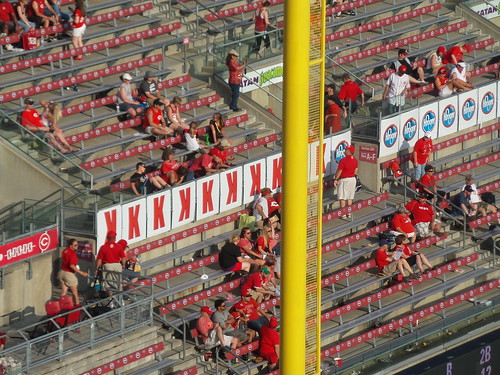 The Reds took a 7-3 lead into the seventh inning until former Red Yonder Alonso hit a game-tying grand slam off Jumbo Diaz, and then Matt Kemp, who finished with five RBIs, hit a go-ahead two-run single i the eighth to give the Padres the lead. 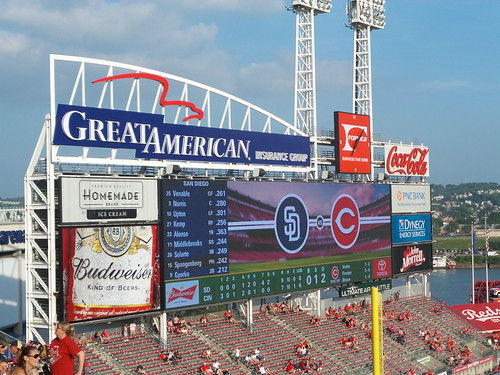 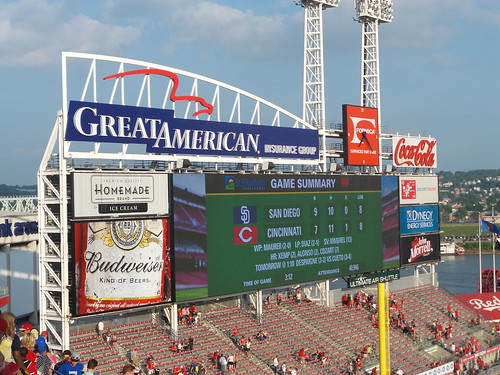 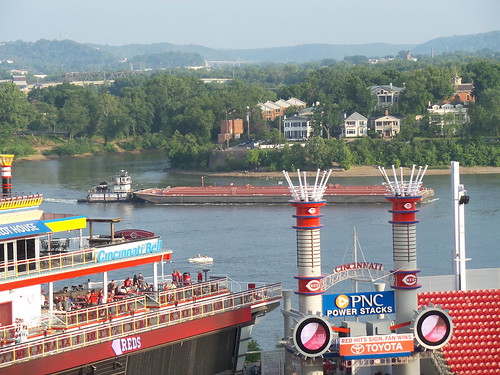 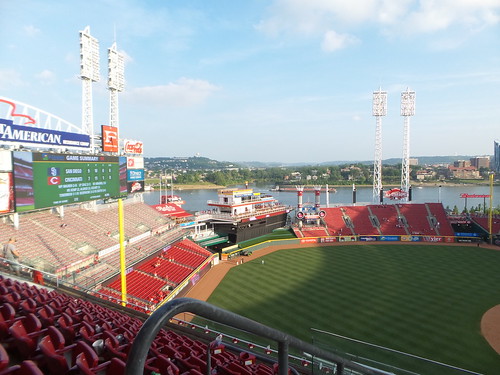 After the game, we stopped by the Fox Sports Ohio condominium, and Genifer got this photo with Jim Day! 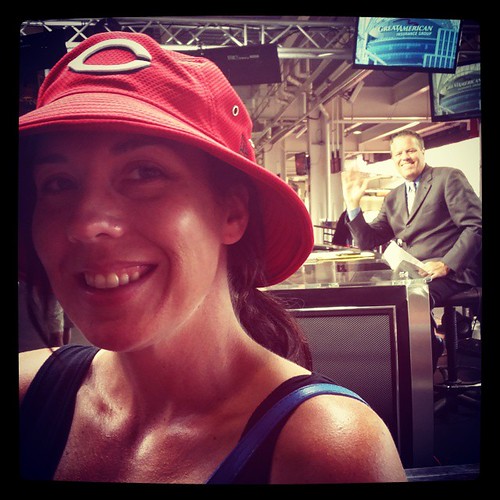 And we added another bobblehead to our ever-growing Reds bobblehead family... 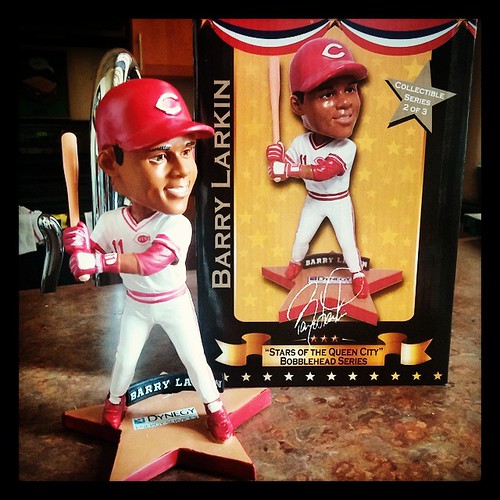