Lytle Park was all illuminated and aglow this evening. The tiara atop Great American Tower was glowing a bright Christmas tree green. (I guess they must have learned their lesson about lighting it up in Bengals orange.) And the lights of Great American Ball Park were on in anticipation of tonight's big Monday Night Football game between the Denver Broncos and them Bengals... 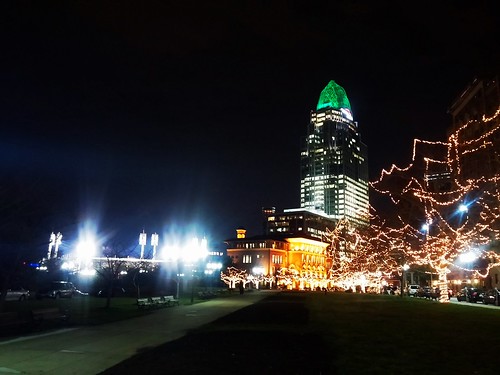 I've said before, I'll say it again... Lytle Park is sooo pretty this time of year. 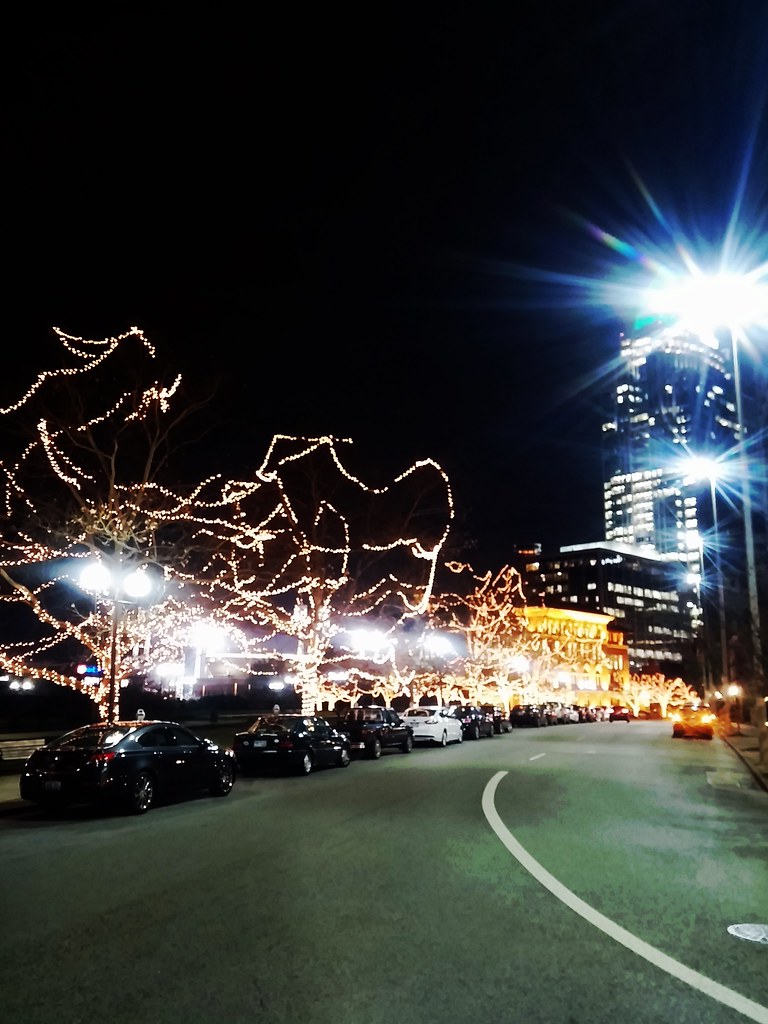 I'm pulling hard for the Broncos tonight. I have Denver's RB CJ Anderson on one of my fantasy football teams that's playing for league championship. That, and I don't care much for them Bengals. At all. :)

UPDATE: Even with the Broncos loss :/, CJ Anderson still managed to post 19 points for me. I'm carrying at 29 point lead into week 2 of the league championship. Fingers crossed for next week! :)
Posted by thadd_F at 12/22/2014