This evening we went to check out Pi Pizzeria, the new pizza joint that just opened their
doors tonight. Best part is it's right around the corner from us at Sixth and Main. 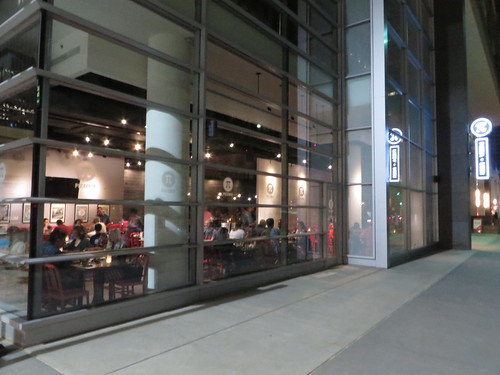 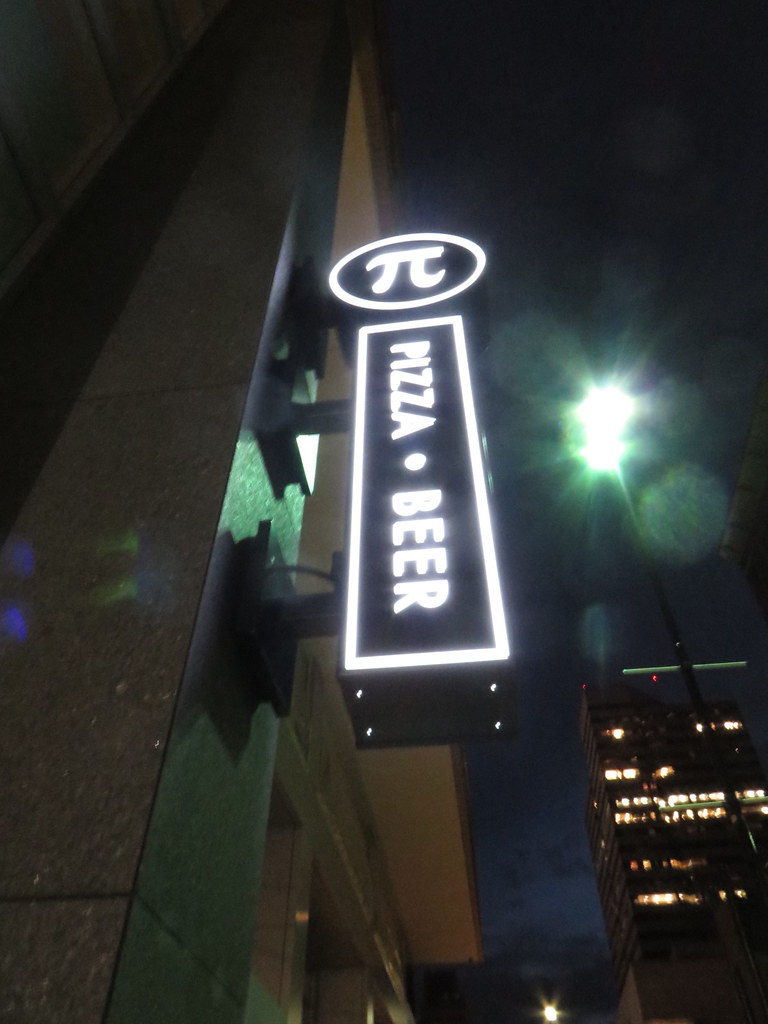 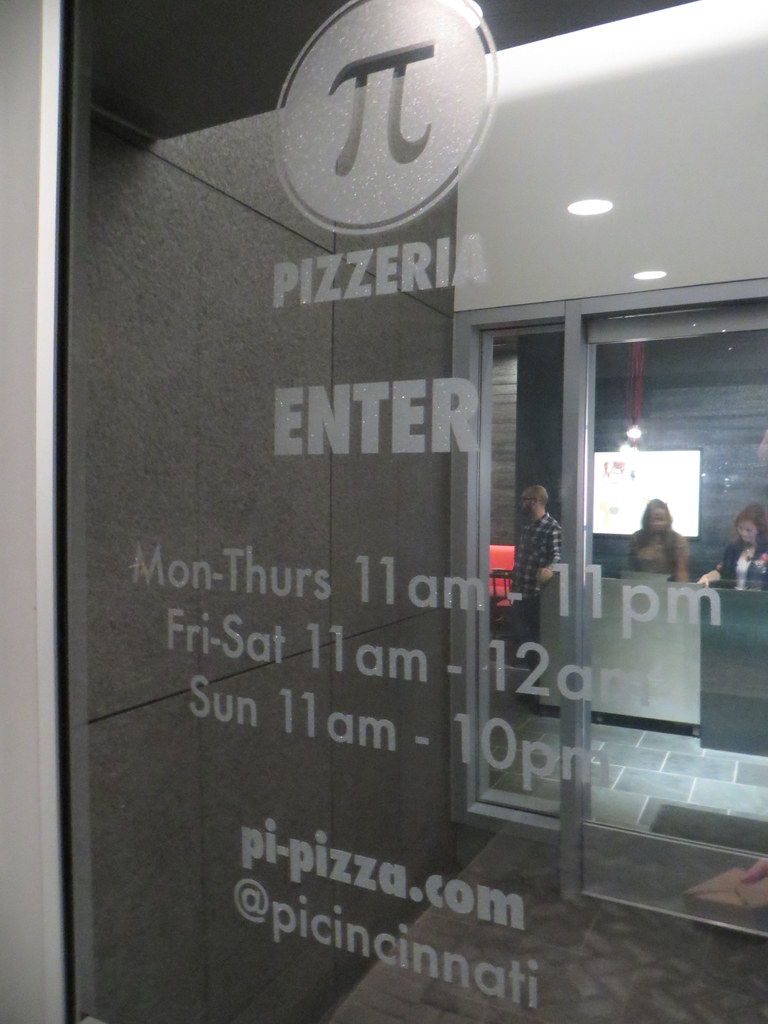 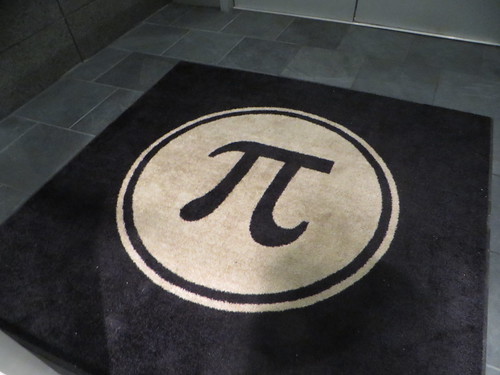 Pi is an pizza outfit from St. Louis apparently known for Chicago-style deep dish pizza,
now in downtown Cincinnati. It doesn't get more midwestern than that. The inside of the
place is really pretty cool. Digging the feel of the place. Upscale. Contemporary. 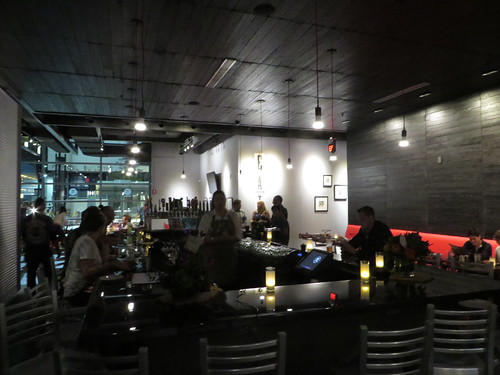 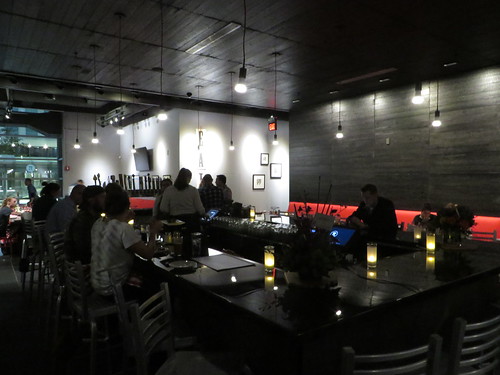 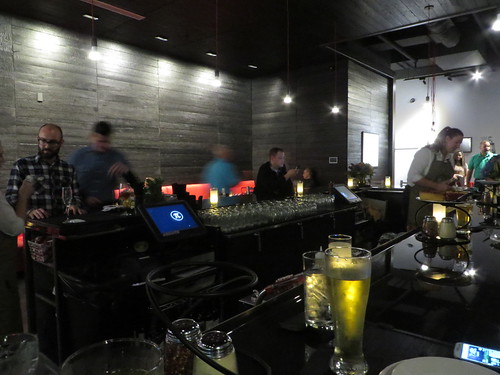 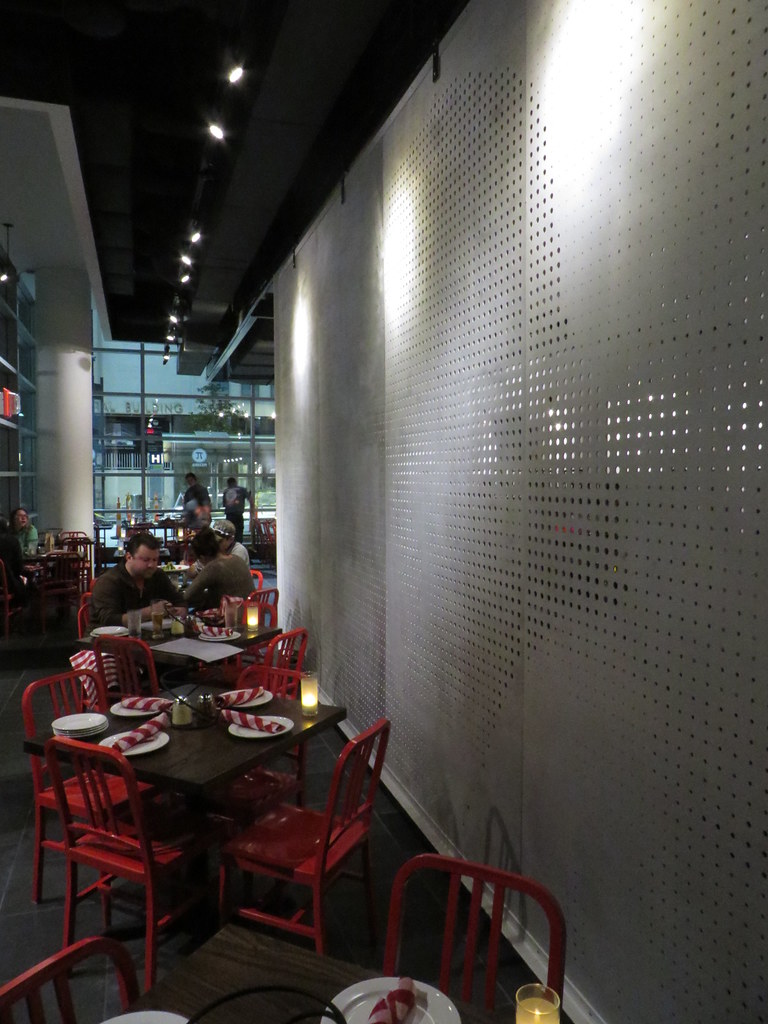 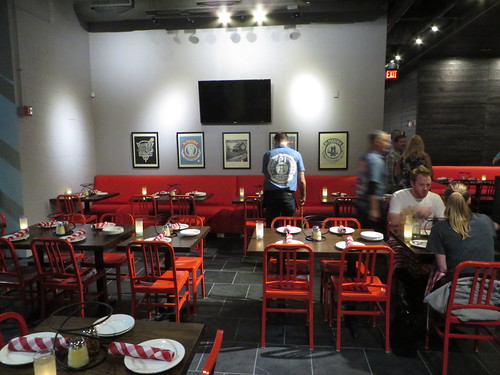 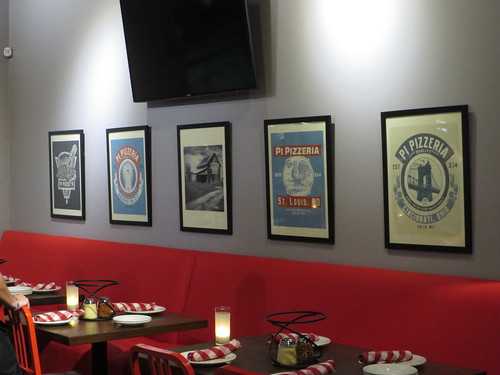 We started with a Simple Salad... 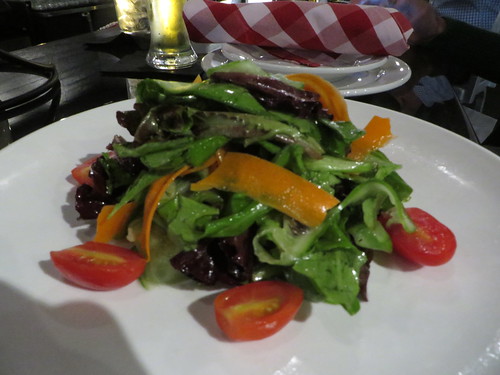 And a small South Side Classico deep-dish pizza with Pi's "famous" cornmeal crust... 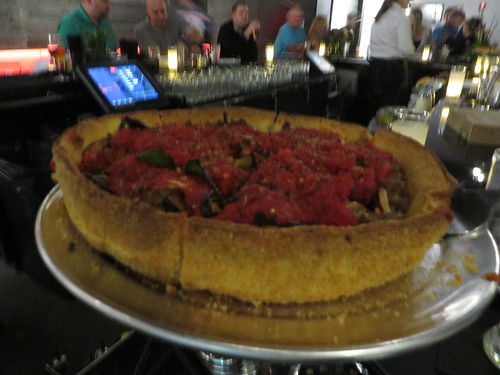 We were not sitting in the world's most perfectly lit spot for any sort of photography... 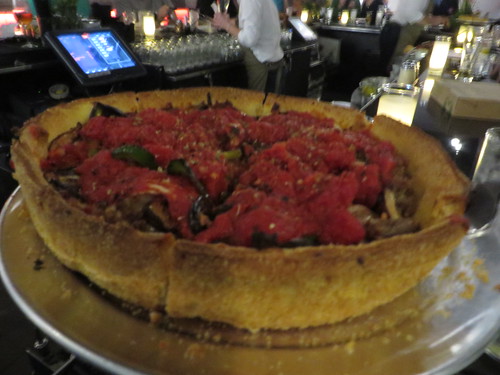 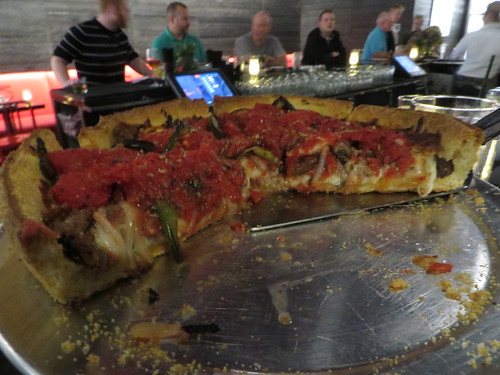 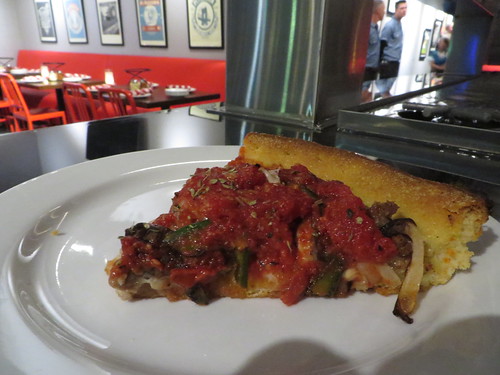 Both the salad and the pizza were really delicious. But it was kind of a pretty standard deep-dish pizza. Honestly, I'd be hard pressed to say that their deep-dish is superior to one from say, Uno's or even the deep-dish we had in Wichita from Old Chicago. But still, it was really good. Genifer thought their pizza was very tasty but kinda overpriced for what it was. I thought the price was a tad high but not outrageous. We both agreed that drink cost was where the real ridiculousness was running rampant. We each had two Ace "Perry" Pear Ciders with dinner. Had we known they were $7 each, I don't known that we would have had any at all. To me, paying $7 for a beer at a pizza place is just silly. But all their beer prices seem a bit high to me. Our tab was north of $50. Before tip. That seems pretty steep for a pizza and a couple beers. Regardless of how good the pie is. Or how cool the space. 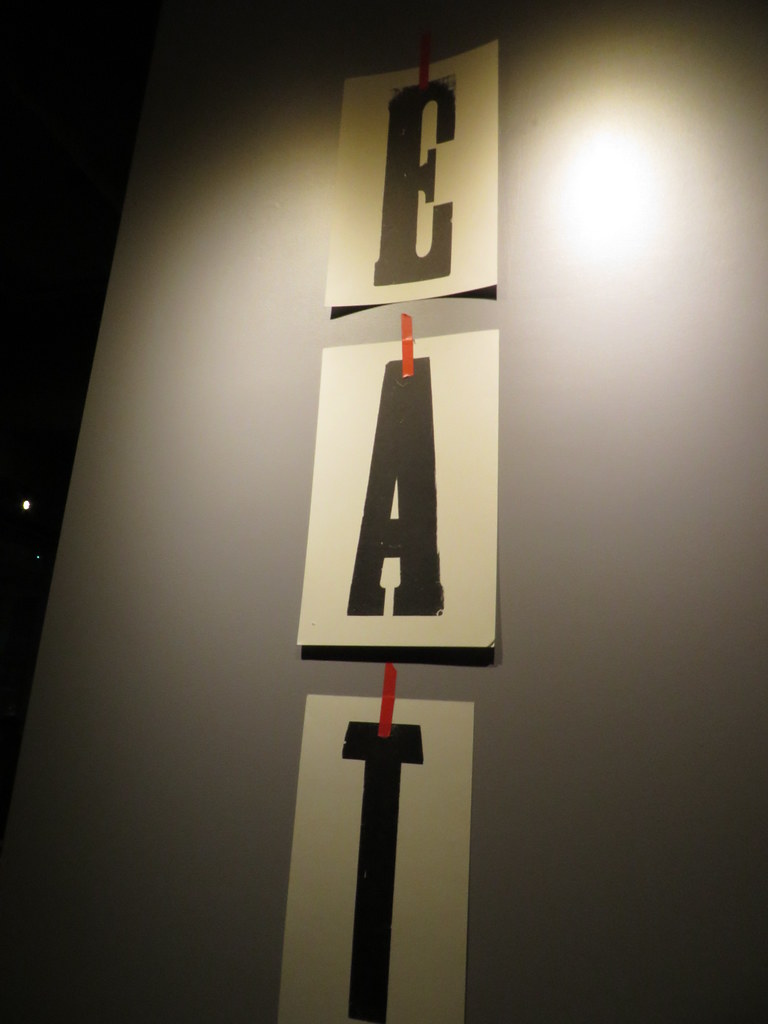 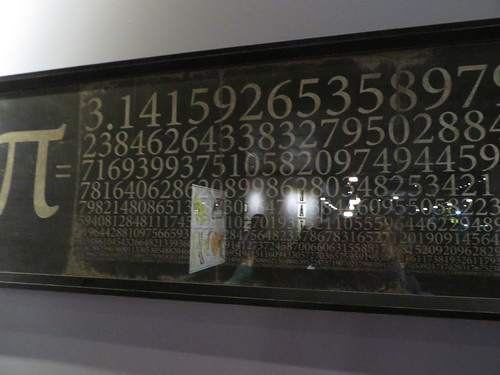 We'll be back. Just nowhere near as often as we were thinking. We thought we'd be at Pi all the time with it's close proximity to us, being right around the corner and all. And that's kind of a shame. I just don't know how often I can justify paying $50+ for a pizza and a couple beers. :/