Back in April, we had two sets of tickets to the same game. So we swapped out our
season ticket seats for tickets to today's game. We choose today's game because it
was the last weekday day game of the season. We thought it would be fun to go to the
last Thursday day game of the year. It was also the last time the Reds would play the
Milwaukee Brewers this season. Hit the fast forward button until right now and who
knew that I would be slammed this week at work? There's no way I could take the
whole afternoon off to watch a baseball game. So we just ran down to the ballpark
to have lunch, and take in a few inning of the ball game. 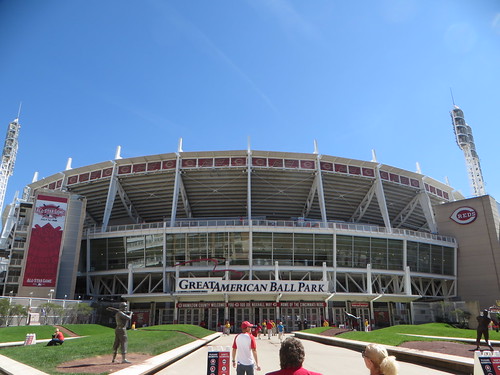 We didn't even bother to go up to our seats. 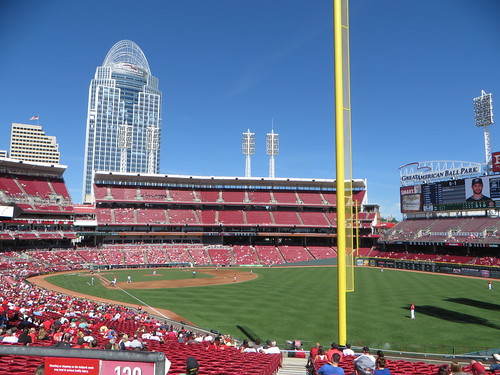 We just went out to right field to stand watch a bit of the game. 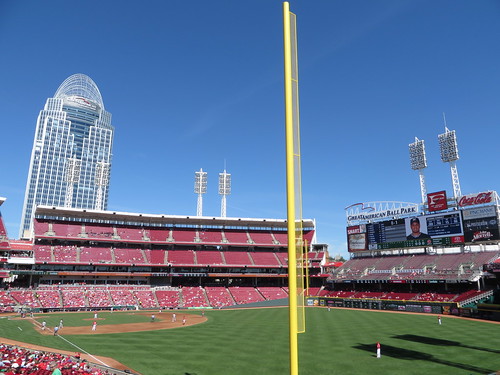 There was nobody in the upper deck... 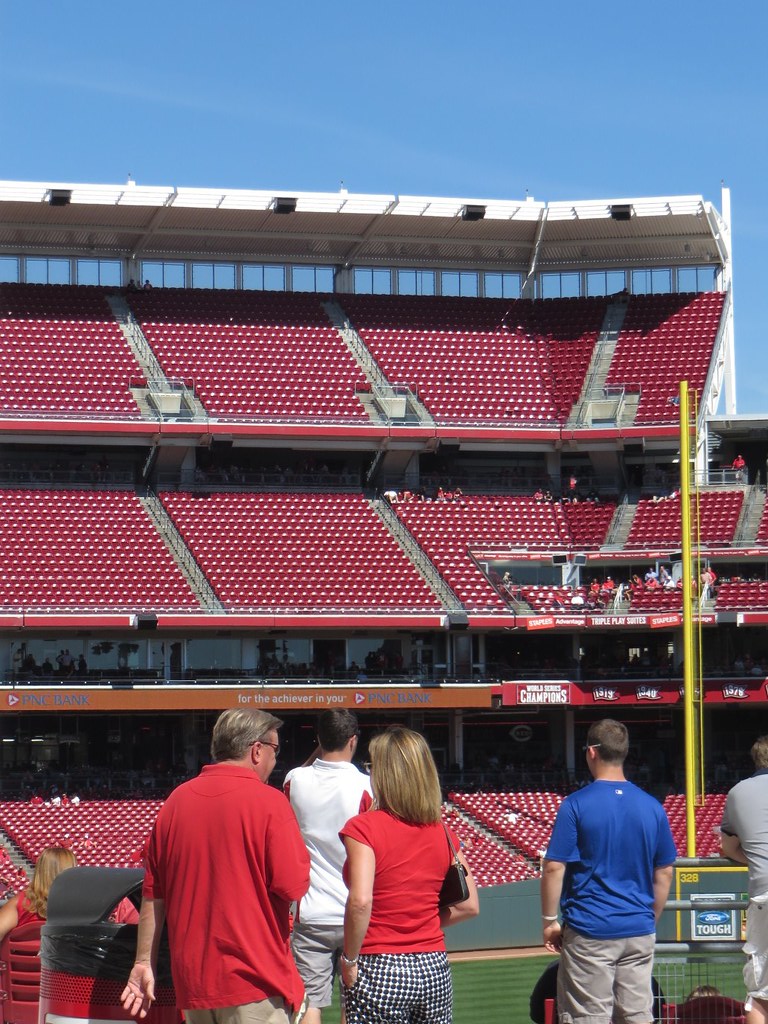 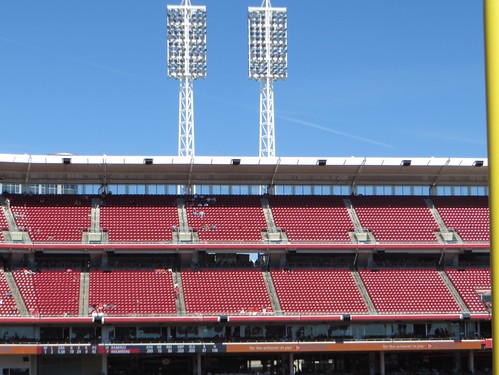 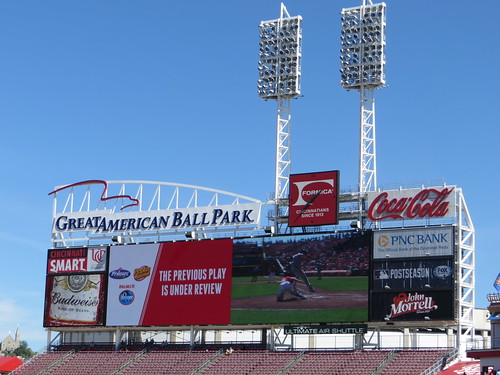 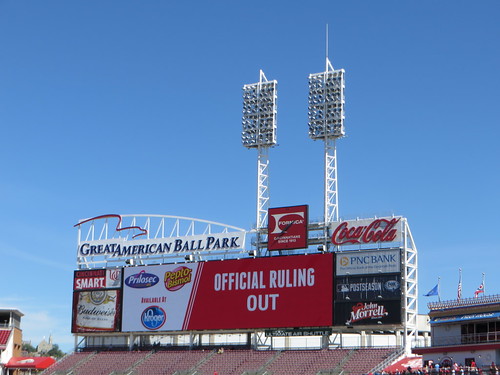 We had some dogs for lunch... 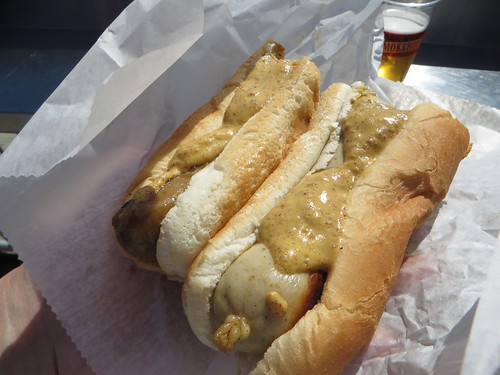 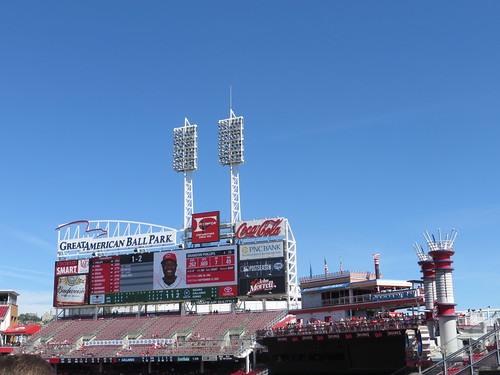 It wa beautiful day for a ball game. Not a cloud in the sky. 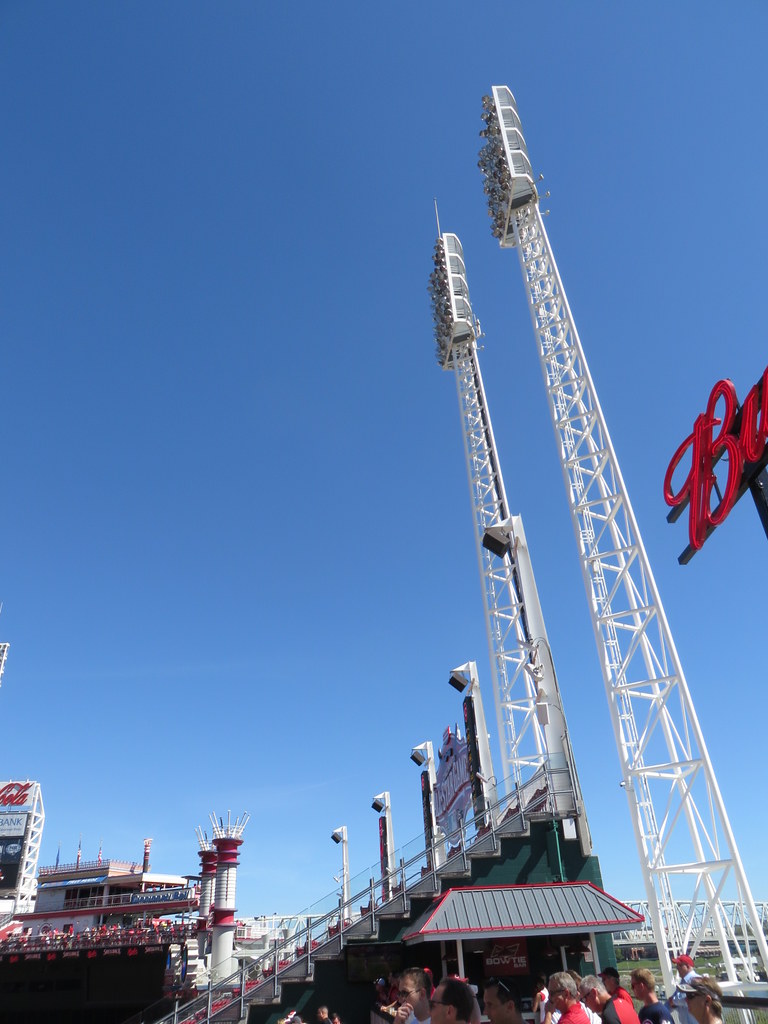 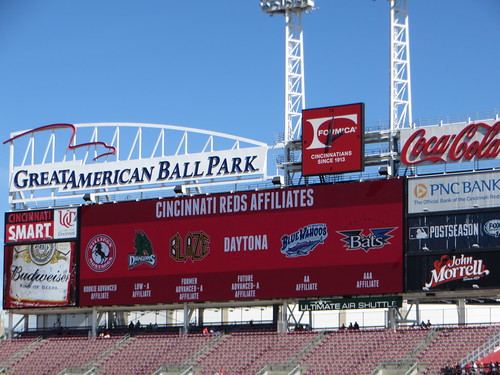 Mr. Reds Race took place right in front of us... 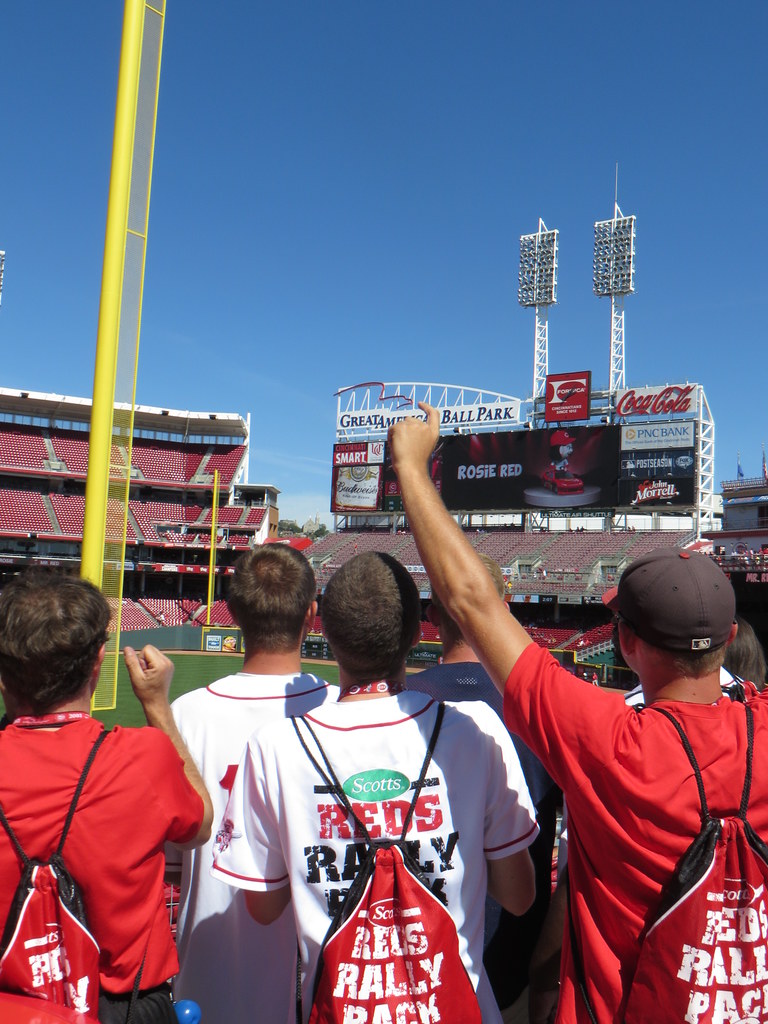 Genifer was on the big screen during the race as we cheered on our mascots... 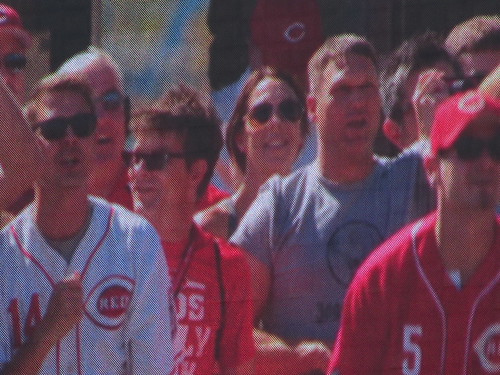 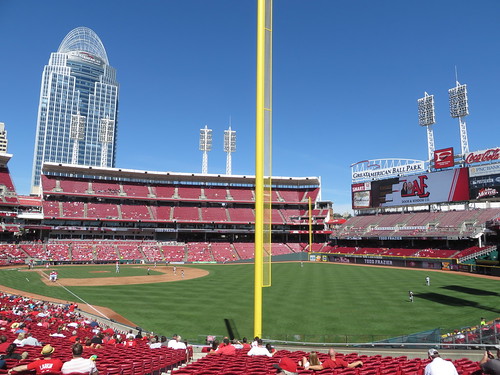 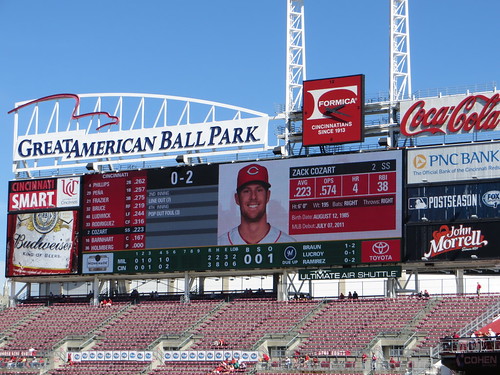 When we left, the Reds had just taken 3-2 lead. And they would go on to win 5-2! And
eliminate the Brewers from the playoff picture. I tell you what... It sure was hard to leave
GABP to go back to work but at least we got to see a few innings of a Reds win! :) 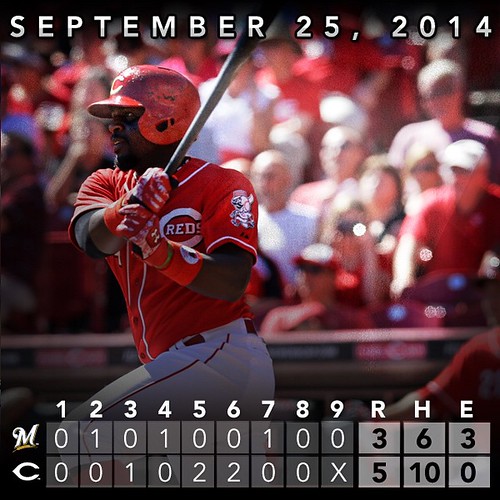