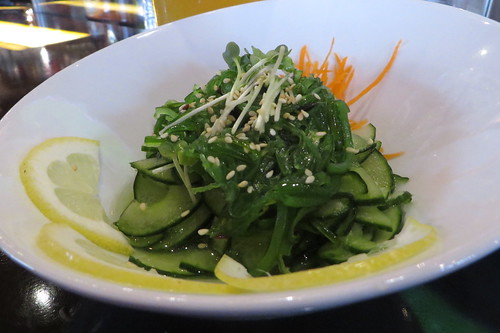 And followed with their delicious Kobe beef tacos... 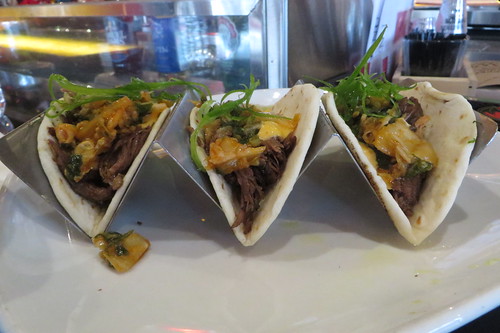 I got the western burger. I love my burgers... 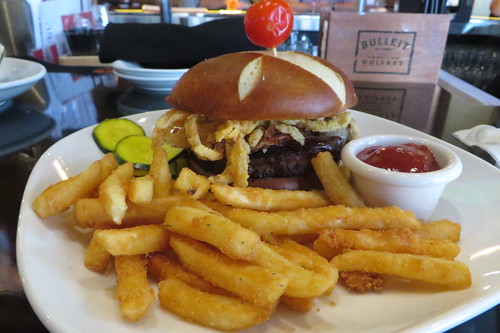 As it turns out, we could have stayed to watch the end of the Reds-Pirates game before
Germany scored the only goal of the final in extra time to beat Argentina 1-0. Hindsight
is a funny thing, or not so funny thing sometimes... 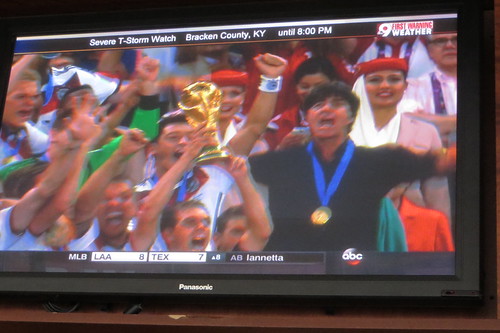 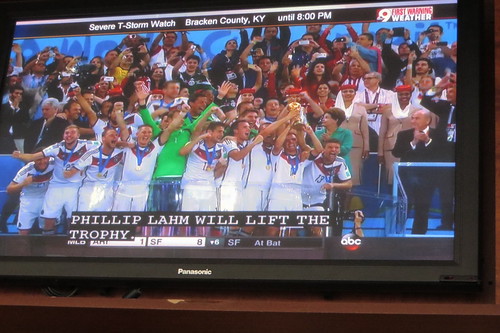 Germany was definitely the best team in the entire tournament. And all I have to say at
the end of the World Cup is this... Germany 7 Brazil 1 and Germany 1 #USMNT 0. USA!
#IBelieve! It was another great World Cup. :)

I really respect Argentina's Lionel Messi. But did you see the many faces of sad Messi
after the match. You gotta feel for him. But it's still kinda funny. :)
Posted by thadd_F at 7/13/2014